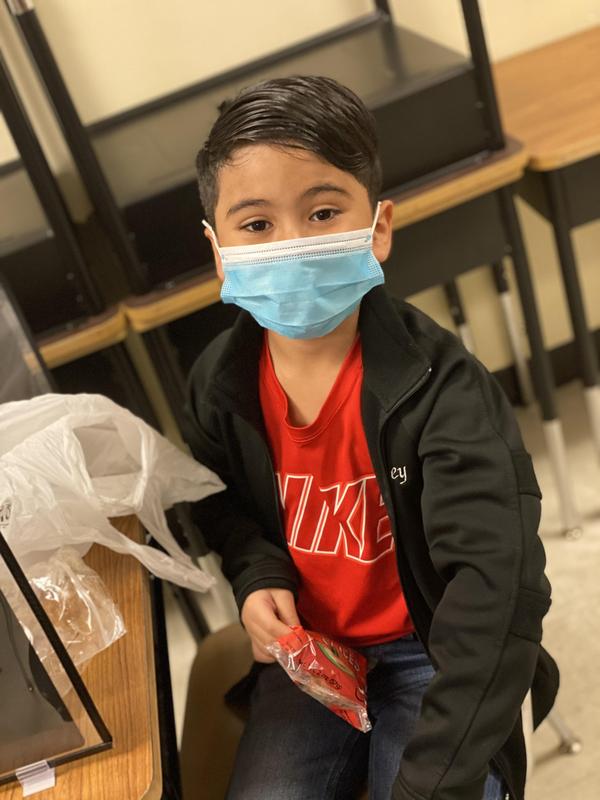 "We're red hot against drugs"
East campus staff and students wore red last week to convey the message that "we're red hot against drugs" during Red Ribbon Week, October 23-31.
The special week is an alcohol, tobacco, and other drug and violence prevention awareness campaign observed annually in October in the United States. It began as a tribute to fallen DEA special agent Enrique Camerena in 1985. According to the United States DEA, Red Ribbon Week is the nation's largest and longest-running drug awareness and prevention program.
Click here for more photos
Staff and students showed their support on Oct. 29 as they were encouraged to "wear red shirts with jeans" as part of the message. In preparation for the day, staff passed out flyers that said "Go Red For Red Ribbon Week - Because it Matters."
On previous occasions, Houston police officers have visited The Varnett Public School to urge students to stay away from drugs and to emphasize the consequences if they get caught messing with drugs.
For more information about Red Ribbon Week, click here.
Thanks to all for their participation in sending a very strong message to stay away from drugs.
Photos by Ms. Latricia Jones, campus instructional facilitator
Published November 4, 2020 Print