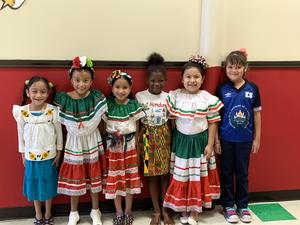 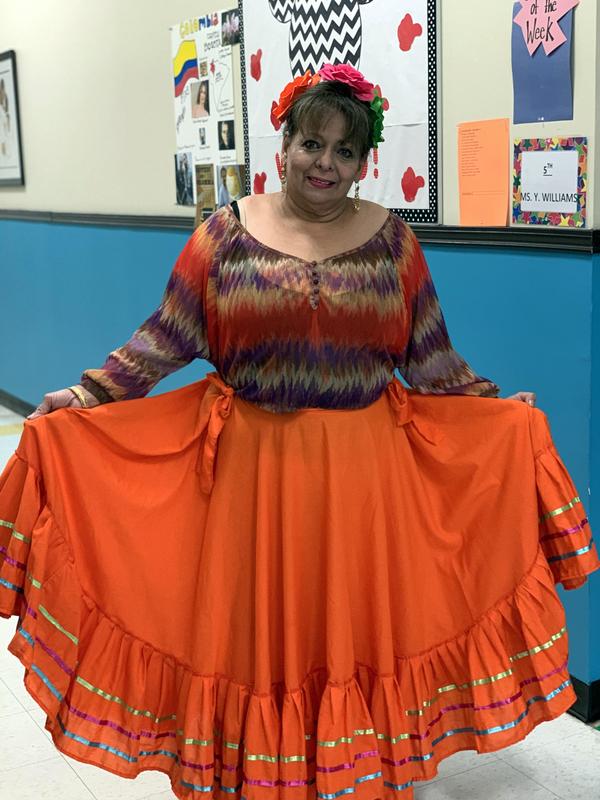 Students and staff broke out into colorful fashion to commemorate National Hispanic Heritage Month, which ends today.
It was a time when students and parents joined together to showcase their creativity in attire reflecting the Hispanic and Latino heritage.
Each year, Americans observe National Hispanic Heritage Month from September 15 to October 15, by celebrating the histories, cultures and contributions of American citizens whose ancestors came from Spain, Mexico, the Caribbean and Central and South America, according to https://www.hispanicheritagemonth.gov. The observation started in 1968 as Hispanic Heritage Week under President Lyndon Johnson and was expanded by President Ronald Reagan in 1988 to cover a 30-day period starting on September 15 and ending on October 15. It was enacted into law on August 17, 1988.
The commemoration of National Hispanic Heritage Month is an annual event at The  Varnett Public School, whose Hispanic student enrollment significantly exceeds 50 percent. The celebration also is in line with Varnett's mission statement, which is to provide a rigorous academic program which meets the needs of our diverse population.
To learn more about Varnett's English as a Second Language program, click here.
Click here for more photos!
Here are some key statistics relating to the Hispanic population.
Published October 15, 2019 Print